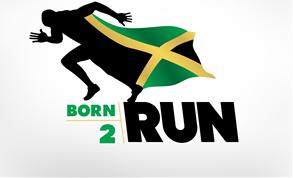 READY, SET, GO!
SPEED… most athletes want more of it, successful Corporations strive for it, the people of Jamaica are Obsessed with it. From an early age, most children growing up in Jamaica realize that being “fass” not only brings the type of unprecedented success they could only imagine in their dreams, but is one of a likely two options that would give them an opportunity to rise above their current living conditions and change their world forever.

All Eyes on Speed

The entire island of Jamaica has a love affair with sprinting. The National High School Track & Field Championships is easily the hottest ticket of the year. It boasts more popularity than government elections, and its attendance surpasses any sporting event on the island by far. Olympics, World Championships, and World records dominate the discussions of the locals. The people of this tiny island watch track on television, read about track, argue about track at local gatherings, bet on track, and fantasize about being a part of track glory and fame. With this strong foundation being built around the youth of Jamaica, the chances of a Jamaican becoming the NEXT fastest man or woman on the planet is very likely.

BORN 2 RUN assembles a host of world class athletes, coaches, and track & field experts, and showcases several Jamaican athletes that were able to turn their dreams into reality, with appearances from Usain Bolt- the current World Record Holder and Olympic Champion in three events. Yohan Blake, the current World Champion in the 100m, and Shelly-Ann Fraser, 2-time Olympic Champion. The documentary will give countless fans and aspiring athletes worldwide, an intimate look at a country that is truly BUILT FOR SPEED.

Dr. Harcourt Fuller appears in BORN 2 RUN, an exclusive documentary special examining how Jamaican sprinters have dominated the world of sprinting for the past decade and beyond. It has been broadcast on Universal Sports and other cable networks, and has also been screened at universities and film festivals, including the University of Montanta and the Caribbean Film Festival in Atlanta.