Like many other scholars, Dr. Fuller conducts research in different countries and in communities around the world. Oftentimes, however, the communities in or about which research is conducted do not get to see the results of such works. They do not have an opportunity to read the books or articles, or watch the documentaries produced about them, and with their participation. Thus, they seldom get a chance to vet, critique or even learn from the research and knowledge production about their history, cultures and societies.

As a scholar, Dr. Fuller believes that his research should not be confined to the halls of colleges and universities, but rather shared publicly. He has given public lectures not only at universities, but also in local communities and for NGOs and IGOs on four continents. Most recently, Dr. Fuller screened his 2015 film Queen Nanny: Legendary Maroon Chieftainess (which he produced with Director Roy T. Anderson) in the Maroon community of Moore Town, which is located in Jamaica's Blue & John Crow Mountains UNESCO World Heritage Site. Previously, as Educational Outreach Director for Roy T. Anderson's documentary on the Maroons, Akwantu: the Journey, Dr. Fuller screened the film and gave talks to school children at the Moore Town Primary and Junior High School. He has also screened the film at he Birmingham Civil Rights Institute in Alabama and the Balham Seventh Day Adventist Church in England. The latter was a special screening for the Maroon communities of London. The film has also screened at the Du Bois Centre for Pan African Culture in Accra,

Ghana; the International Slavery Museum in Liverpool, England; and the United Nations Headquarters in New York City. The pictures to the left are from some of those screenings.

In addition, he has been invited to speak at high schools and community-based organizations to mentor young people in the inner cities, who are facing challenges in their social and educational experiences. These talks include "The Power of Communication," given at the International Student Conference on Nonviolence at the City College of New York in 1997; as Guest Speaker, he gave a talk on the importance of obtaining a college education at the STEP/Upward Bound Career Day at Mercy College in New York in 2004; and he delivered the "Role Model Presentation," at Directions for our Youth, Inc/William Howard Taft High School in New York in 2004. As Volunteer On-Air Broadcaster at the City College/Harlem Community Radio (WHCR 90.3 FM, NY) between 1995 and 2000, he worked with other community partners to provide educational and informative programing to the Harlem community and beyond. More recently, Dr. Fuller was a guest speaker at the 2012 Nigerian Youth Alliance Leadership Retreat in Norcross, GA, where he gave a talk on the Maroons, and spoke to prospective college students about the merits of higher education. 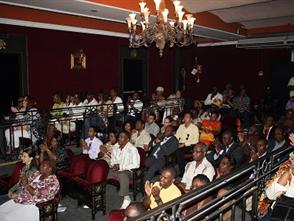 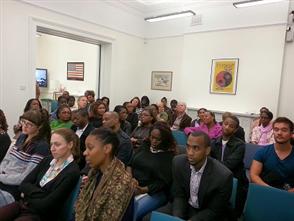 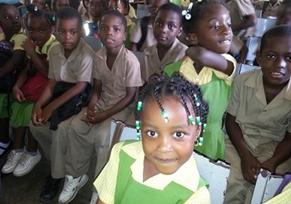 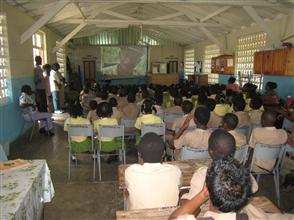